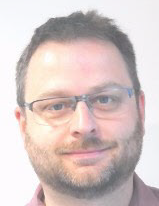 Ross Purves is Associate Professor for Music Education at the UCL Institute of Education and a Senior Fellow of the Higher Education Academy. He was previously Senior Lecturer in Education at De Montfort University, Leicester, where he led modules in music and arts education, computing and educational technology between 2013 and 2018.

After undergraduate studies, Ross worked as a computer development officer in the Department of Computer Science, University of Exeter (1999-2000) and, subsequently, as a research assistant at the University of Roehampton and the Institute of Education, University of London (2002-2006). Whilst at Roehampton and the Institute, Ross worked on a series of six music and teacher education research projects funded by the Economic and Social Research Council, the Learning Circuit, the Department for Education and Skills, Youth Music, the JJ Sainsbury Family Trust and Sir John Cass's Foundation. Between 2009 and 2011 he was a part-time research officer on the European Commission's Seventh Framework-funded 'Usability of Music for Social Inclusion of Children Project'.

Ross has also pursued a parallel teaching career, including serving as Joint Course Manager for Music at Luton Sixth Form College between 2006 and 2013. Here he taught A Level and BTEC music and music technology courses and co-managed large programmes of instrumental teaching and extra-curricular music ensembles. Between 2011 and 2013, Ross was also Subject Coordinator for the Secondary Music PGCE course offered by the Chiltern Training Group, a large school-centred initial teacher training consortium in Bedfordshire.

Ross's doctorate explored geographical and social impacts on instrumental music learning through historical and geospatial analysis. He has written on various aspects of music education, teachers’ initial education and professional development, human-computer interaction and the application of geospatial methods. His work has appeared in journals and edited international handbooks including the British Journal of Educational Research, the British Journal of Educational Psychology, Issues in Technology and Teacher Education, the Journal of In-Service Education, Teacher Education Advancement Network Journal, Music, Technology and Education, Power and Education, the Bulletin of the Council for Research in Music Education and the 2012 OUP International Handbook of Music Education.

Ross has presented research at various UK and European education and music conferences and is an experienced performing musician and arranger. Between 2016 and 2018 he was a member of the Musicians' Union Teachers' Section National Committee. He currently serves on the Music Education Committee of the London Music Fund and is a school governor of Bedford Road Primary School. Ross received De Montfort University Vice-Chancellor's Distinguished Teaching Award in both 2017 and 2018.

In 2019-20 Ross is module leader for the 'Critical Studies in Music Pedagogy and Practice' (CCME0086) modules on the UCL Institute of Education's MA in Music Education. Ross also supervises MA dissertations and doctoral students. He leads sessions on music technology and gender to the PGCE Secondary Music and Teach First PGDE Music programmes and contributes guest lectures on the BASC0022 Interactions of Music and Science and CCME0039 Digital Design Thinking and Making modules on other UCL programmes.